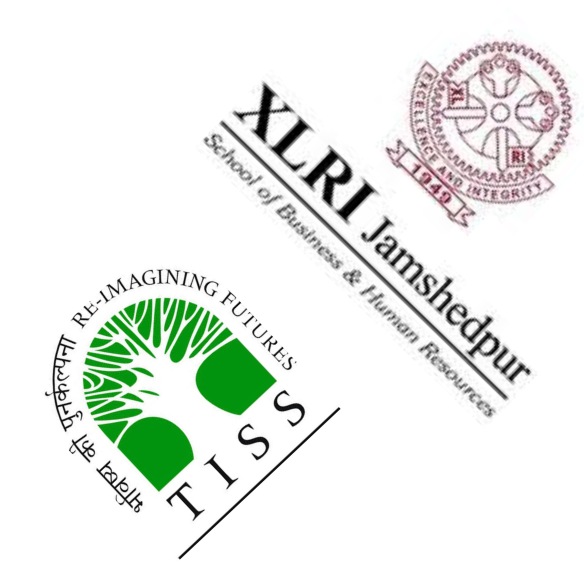 One of my HR colleagues asked me a question: How do you rise whist making a career in HR (in India) especially if you are not from XLRI or TISS?

I began my reply by quoting Mahatma Gandhi: “First they ignore you, then they laugh at you, then they fight you, then you win.” Then I realized that my first reaction was rather harsh and I was trying to fit a wise quote unwisely to the discussion. Thereafter we had a great discussion in which I put forth my perspective based on my own experience.

I found the question very intriguing and despite not being from any of those institutes it never passed my mind in all these 27 years of my career. Thought of blogging about it and present my thoughts and perspective for a more richer discussion:

XLRI and TISS are institutions of great repute and are big brands when it comes to producing and supplying talent for the HR / Social Sciences stream (in case of XLRI also in other streams). I know hundreds if not thousands of colleagues and friends from these institutions. I have recruited many talented people from there and have/had the privilege of working with them. 4 out of 5 (my early-in-career) bosses were from there, I have engaged with and consulted many professors from these institutes over the years, I have visited their campuses on countless occasions. Like most, I only have respect for these two institutions. Having said that, let me share some of my thoughts arising out of this question.

I asked myself a leading question to try and have a wise discussion, I asked, “is it any different for a graduate from these institutions to make a career in HR as compared to talented people from other institutes”? Short answer is No, because….

All educational institutions play a vital role in developing its pupil and that’s undebatable, but just attending a institution of repute doesn’t guarantee anyone of being well equipped or best suited for future success. Not everyone from Harvard succeeds and many from lesser known institutes become the benchmark of success. Therefore, I have observed and have come to believe that it depends a lot on the person and less on the institute.

Graduating from an Ivy League does give you certain advantages. But to me those advantages are few and limited. For example your chances of landing a good internship and then a terrific job with a top employer are much higher as compared to others. The power networks you could possibly build and have access to (mostly alumni) is one of the major advantages. Of course last but not the least, access to high quality education should have made you learn better and wiser – but that’s an assumption. Each one of us is most detrimental to our own learning and development. No one learns more, better or less as compared to the other coz of the institute alone. Remember the “Slum Dog Millionaire Learning Style”

Most important; real life begins in the real world which, is when you are out of your institute. The ability to perform consistently and create value for self and others. Your attitude, values and capabilities are tested everyday and then begins the process of distinguishing the real talent from the rest. No one asks you or remembers your qualifications on a daily basis and most importantly your family, friends and colleagues don’t care about it as much as they care for your behavior.

A career generally spreads over a long period of time. For some it’s almost their entire life and for most of us in the corporate world it’s circa half of our active life. 2-3 years spent in an institution can have a significant impact and influence on your career but it doesn’t define, make or break it – you do!

Lastly, on the perception that coteries exist in the corporate world where people seem to have a bias for people from their institutions: well in my experience it’s not true. I was hired, developed and grown by people from these institutions and that too at a stage in my career when I wasn’t even a postgraduate (initial years of my career, I was just a B.com graduate). When you embark on an international career and move out of India this perception even fades further as many in the other parts of the world don’t even know about or recognize XLRI or TISS as Ivy League (sorry my friends from there). The definition of Ivy League in US or Europe is something else. In my experience successful leaders have a bias for competence and diversity more than anything else. Hence no need to feel insecure about coteries and personal likes and dislikes of leaders.

Must say that, I have seen a few people who carry a chip on their shoulder about the institutes they graduated from and I don’t sweat about it as I know those chips shall soon fall and reality will bite sooner than later.

It’s said that nothing succeeds like success. I will build upon that and say, “your capabilities, values and attitude – set you up for success and not the branding of your institute”. Learn, work hard and live a life of integrity and you shall achieve/realize your own definition of success.

I dedicate this blog to all my team members and colleagues who have made a tremendous difference at work and are highly successful coz of what they are not coz of the institutes that they graduated from.

31 thoughts on “Not from XLRI or TISS, What does that mean for a career in HR? ”